Manage all your donor petitions needs in one place. 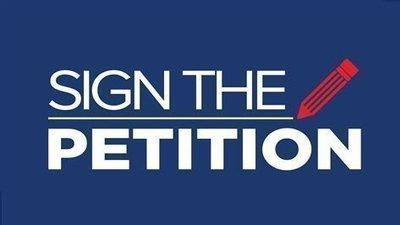 WE’VE PASSED 50,000 SIGNATURES on our other petition but we want at least 2 different sites in-case they attempt to take one of them down! LET’S PUSH TO 100,000 – PLEASE SHARE TO ALL.

PROTECT OUR RIGHTS AGAINST THE ILLEGAL, UNCONSTITUTIONAL H​.​R 6666 "TRACE ACT"!

“When human laws contradict or discountenance the means which are necessary to preserve the essential rights of any society, they defeat the proper end of all laws, and so become null and void.” — Alexander Hamilton

I have mentioned “medical slavery” as a term describing where they intend to bring us into. We will have to COLLECTIVELY stand up for what it is that we believe in.

House proposal HR 6666, “The TRACE Act,” “To authorize the Secretary of Health and Human Services to award grants to eligible entities to conduct diagnostic testing for COVID–19, and related activities such as contact tracing, through mobile health units and, as necessary, at individuals’ residences, and for other purposes”violates the very idea of a civil society. It is a stunningly illegal power grab beyond what the Constitution offers the Congress, and an outright assault on the people to be deplored by all. And, it is also a massive waste of $100 billion – allocated for 2020 alone.

HR 6666 violates inalienable rights to one’s person, home and property, to one’s life, freedoms, privacy and security. It is a violation of the Fourth Amendment, as well as the First, Fifth, Eighth and Ninth Amendments of the Bill of Rights. It is an illegal act of forced medical treatment upon We the People and an invasion into our local communities.

Further, the TRACE Act grants the DHHS head such broad authority as to empower any “entity” he desires to hunt down people with no reasonable suspicion of threat to public health as COVID is not proven to be an extraordinary or deadly disease. The CDC has admitted it counts other diseases as COVID cases and has massively overestimated and overstated the severity of the crisis to the point of obvious fraud. This privately-funded agency, via the CDC Foundation, has a track record of such unhealthy, fear-mongering behavior.

HR 6666 also does not define what “related activities” are. Or what “other purposes” are.

Congressional proposal HR 6666 is unconstitutional, unacceptable and unlawful, and we demand that all representatives vote against this bill.

We do not consent to contact tracing, medical surveillance or forced medical intervention.

HR 6666 also violates international legal guarantees to which the US and all of its states are signatories and constitutionally mandated to protect and uphold.

Constitutional lawyer Robert Barnes notes: “Our founders were intimately familiar with pandemics, viruses and plagues, yet they did not allow any to suspend our Constitutional liberties. Not one word in the Constitution about plagues or pandemics to exempt the government from any of our Bill of Rights.”

Neither does the US Code Section 42override these guaranteed rights, including those of the states, which it attempts to do. Neither does the Commerce Clause allow any such violation of the rights of the people under the lie that Congress is regulating commerce between states. It is doing no such thing.

Congress’s commitment to the Constitution appears to be nonexistent. They haven proven this time and time again. It persists in allowing house arrest and movement restrictions of the healthy under the guise of a quarantine for the sick, while continuing to propose and pass unconstitutional laws while the people cannot fully engage in the democratic process or the lack thereof.

The House and HR 6666’s sponsors are in contempt of the people in proposing this legislation. Neither Congress nor DHHS is truly acting in the interest of public health.

We are not animals, we should not consent to SLAVERY under the veil of “public health” and we have the right to CHOOSE whether or not our homes should be invaded by a tyrannical government!

Family, Congress MUST NOT PASS THIS LAW!

Use of the name, images and likeness of any committee, candidate or officeholder is for the purpose of this PACs political communications only and IN NO WAY indicates any authorization by, affiliation with, direction from, or endorsement by that person of any kind. Contributions from foreign nationals or entities are prohibited. Contributions are not tax deductible for federal income tax purposes. © 2021 AMERICA GREAT PAC™ ALL RIGHTS RESERVED.